Sitting in the middle of Kentucky’s second largest city and serving students from nine sending schools, the Locust Trace FFA Chapter is anything but typical. Since most of the chapter’s members don’t have an agriculture background, sharing the story of agriculture has been a huge priority for the chapter. Earlier this year, those efforts paid off as the chapter was recognized as a national finalist in the area of Strengthening Agriculture by the National FFA Organization.

Since the chapter began, connecting with community partners has been a major priority. Barktemberfest has provided a great opportunity for the chapter to raise funds while highlighting the skills of members and bringing in the community. FFA members in the school’s Veterinary Technology program showcase their skills as they perform pet grooming and offer physicals for animals. They also work to educate pet owners about good health care practices. Several vendors also attend and offer a varierty of pet related products for sale.  In 2016, over 100 community members attended the event! 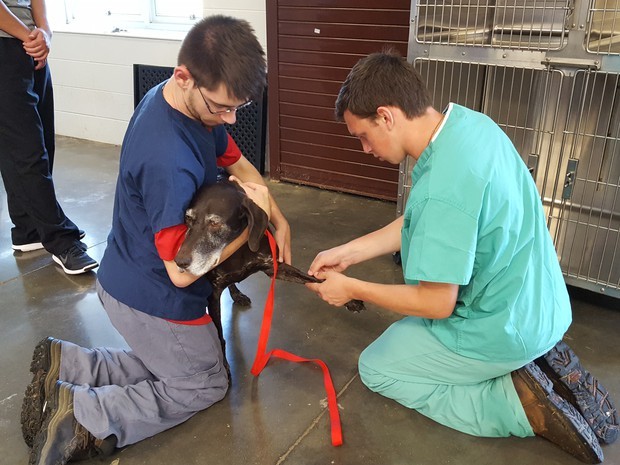 Locust Trace FFA also works to educate Fayette County residents about the importance of agriculture to the community. Along with several community groups the chapter sponsors Locust Trace Agriculture Day which brings nearly 300 middle school students to the school for a variety of agriculture literacy workshops. 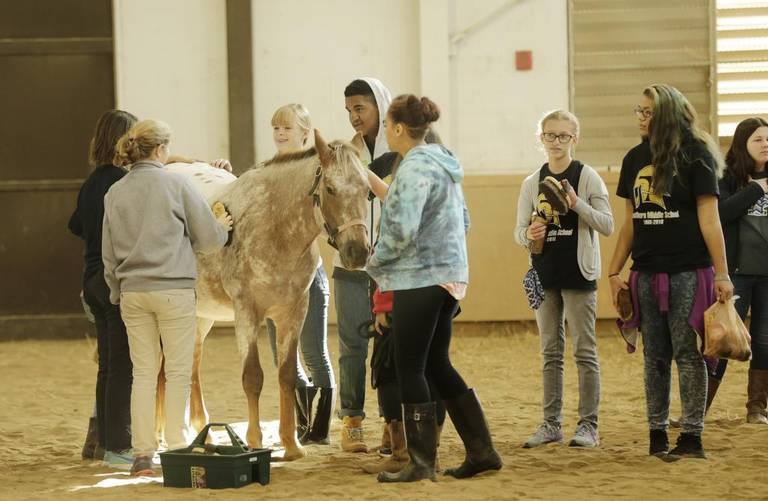 Most Locust Trace FFA members do not come from an agriculture background and neither do their parents. Helping parents understand the importance of agriculture and the career opportunities in the industry has been a focus of the chapter as well. Each year the chapter sponsors a cookout targeted at student families and community members. During the cookout parents are able to tour the facilities, interact with teachers, and learn more about what the agriculture program and FFA chapter have to offer their children.

According to chapter advisor Jacob Ball, “Connecting with our community has been a major focus for our chapter. Although we’ve been around for several years, we are still one of the best kept secrets in Fayette County. We’re always looking for new ways to change that.” 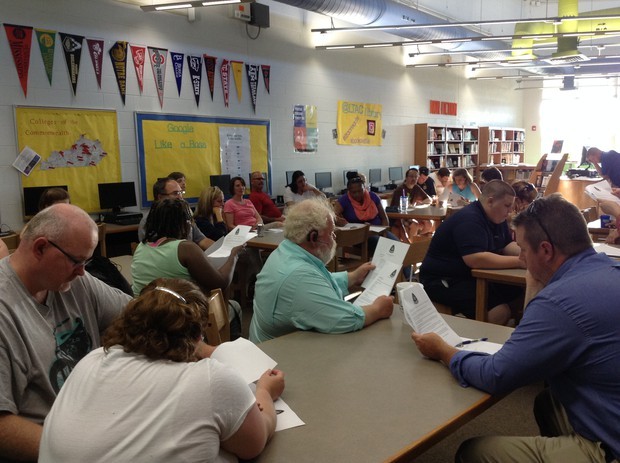 Parents and community members have a chance to learn about agricultural education and FFA during the chapter's fall cookout.

The chapter was chosen as one of fourteen winners of the Kentucky FFA Chapter Contest in June. They then submitted an application to National FFA detailing nine chapter activities in the areas of Growing Leaders, Building Communities, and Strengthening Agriculture. Based on the Barktemberfest activity, Locust Trace was selected as one of ten national finalists in the Premier Chapter Contest within the area of Strengthening Agriculture. Two chapter members completed an interview in front of a panel of judges during the National FFA Convention in October.

“We would love to have been the national winner,” said Ball, “but we were honored to be selected as one of the ten best chapters in the nation in this area. It’s a testament to the hard work of our members and school staff over the course of several years and we’re looking forward to growing these activities in the future.