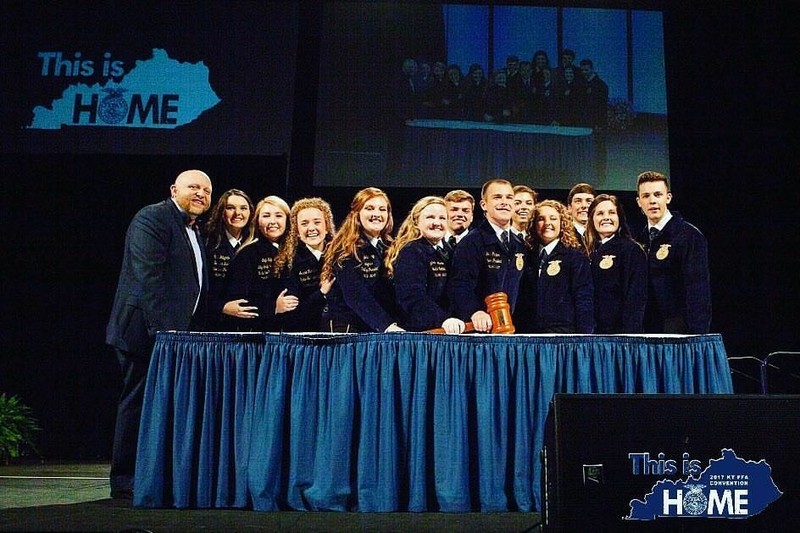 The 88th Annual Kentucky FFA State Convention was held June 6-8 in Lexington.  An all-time record 2815 FFA members, advisors, and guest attended the Convention which is the organization’s largest annual event.

The Convention culminated with the presentation of 462 State Degrees, the naming of the State Stars, and the naming of the 2017-2018 State Officer team during the closing session on Thursday, June 8.  The Star Awards are the highest presented by the organization and winners include: